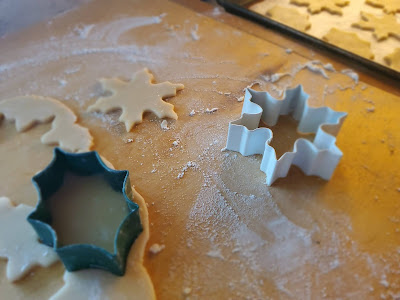 My Christmas letter this year is just one of memories:

It is just a song at twilight as the lights are turned down low and the shadows (memories) softly come and go...
My childhood recalled with pictures and memories of long ago... memories of summertime:
Laying in bed as a child and listening to the whip-poor-will calling in the oak tree behind the barn on the farm on La Rue Road, Newfoundland.
Sunday afternoon rides up through Sussex County and lower NY state.
Cat fishing with Dad and Granddad Post, Arnold, and I at Hank's Pond. The bamboo poles that were kept on hooks under the eves behind the woodshed they were in the era 1936-1940.
The golden years of childhood.
My childhood ended in July 1944, the day my Grandfather Post died. He had been a part of my daily life for 14 years. I have many pictures of him that bring back memories of that innocent childhood on the farm.
Some years ago, I wrote a story of my summer days on the farm and haying with my grandfather and Uncle Mart.1 Also, the story of making maple syrup each spring on the farm.1 The sap house on the Clinton Brook, the sugar maple trees, some of which had been tapped by my great, great grandfather, Peter Post around 1820. Boiling the sweet sap down in 3 iron kettles and one brass kettle. The syrup was finished off in the brass kettle as it was lighter and could be taken off the fire faster. After my grandfather died in 1944, I boiled some syrup a couple of years after school and on weekends. Mostly just making enough syrup for the family.
~~~
Note: The letter ends here. Dad probably got interrupted or fell asleep, and never went back to finish it. It was written in 2010, just before his 80th Christmas.
So why post an unfinished letter? Because memories matter. They define us, teach us, and inspire us. Despite all the millions of pictures posted daily on social media, few are accompanied by a written memoir. A picture may be worth a thousand words, but when your memories start to fade it won't serve you well. And it won't speak to your family when you're gone. The written word speaks forever.
Happy Christmas, everyone!
1Essays coming soon.
No comments:
Email ThisBlogThis!Share to TwitterShare to FacebookShare to Pinterest
Labels: memories, Newfoundland, Peter Post, Post Family
Newer Posts Older Posts Home
Subscribe to: Posts (Atom)