Today would have been Dad’s 85 birthday. This is one of my favorite pictures of him, taken in Newfoundland, NJ in 1932. 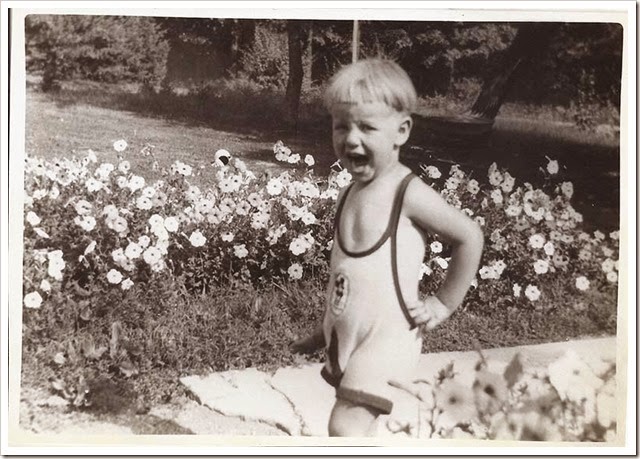 Do you know what is the best kind of sympathy card? The card wherein the sender shares a memory of the deceased. Our friends, David and Marilyn, share the following memories of Dad:


While we were building our log house here in East Peacham he would suddenly appear, usually in the morning (this would have been in summer). He would stand around & offer a comment or two. (We think he thought we were crazy & he could have been right). Then he would just pitch in & help. Somewhere along the morning he & David would get into an argument over some building issue. Les would shake his head & carry on with the project at hand. From time to time he would show up with a tool or two to help the process. (David was building the house mainly with a chainsaw & of course there was  no electricity.) (We had cut down 350 trees & hauled them to the building site.)
At some point we realized that he was serious about helping with the building so we told him we wanted to pay him, but we couldn’t pay him until we sold our house in South Peacham. He did not want to be paid. but we told him we would keep track of his hours & pay him anyway. We did finally sell our house in South Peacham & finish building the house. So, one Sunday I took a check for him with me to church & gave it to him. He was the collector for the church at the time so I knew he would be there.
One time when we were almost finished he came over with a ladder. He said we could have it to use for our cellar stairs. It worked & we still use it.
For awhile Les had goats, milk goats. I don’t recall how many. I don’t recall if he had much enthusiasm for goats. One day he called me up to his barn. (I had two milk goats then & had had goats for about 5 or 6 years) He told me this one goat had been in labor for 2 days & nothing had come out. I told him 2 days was too long & probably the kids would be dead. The goat was straining so I figured I would have to go in and see what I could pull out. I managed, after rearranging to get one kid out & surprisingly it was alive! The goat was so fat I knew there had to be another one so I went in & got that one & it was alive! Just to be one the safe side I made one more sweep of the uterus & lo & behold, there was a third one & it was alive! I believe all 3 survived. Quite an event.
We always had a soft spot in our hearts for Les & enjoyed a few caustic comments and pleasantries over the years.


Their note was lovingly written on this card, a painting of Peacham Corner by Horace Gilmore. I took art lessons from Mrs. Gilmore for many years. 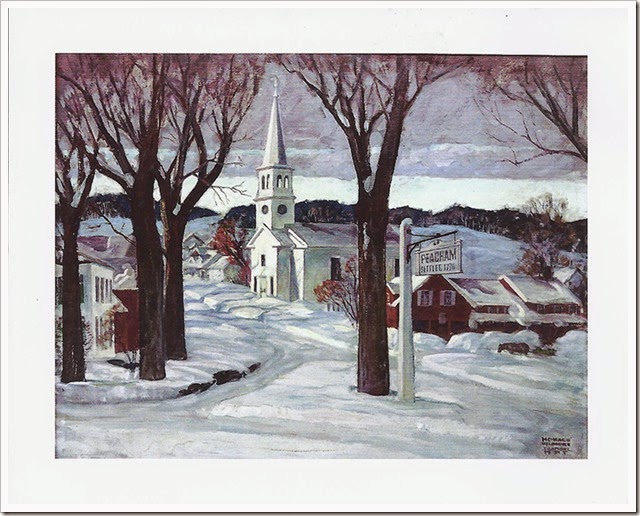 I was so thankful to receive their note. The memories they shared capture the essence of who my dad was, a friend to man.

Let me live in my house by the side of the road
And be a friend to man.
~Sam Walter Ross

Happy Birthday, Dad.
We miss you.
Email ThisBlogThis!Share to TwitterShare to FacebookShare to Pinterest
Labels: Leslie_Lowell_Post